Cath Kidston will take on personal

According to the information from and notifications of Human Resources Department of Cath Kidston Company, you can search for Cath Kidston recruitment notices and get information about the firm, as a result, apply for a job, from our website. 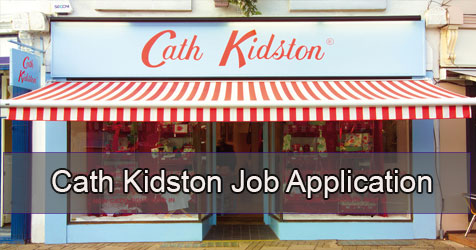 Cath Kidston Limited is an international chain of home furnishing retail stores based in England, registered with Companies House, number 02808583, on 3 April 1993.

Designer Cath Kidston opened her first shop in London’s Holland Park in 1994, selling hand-embroidered tea-towels and brightly renovated furniture. She later described it as just a “glorified junk shop”. In April 2011, there were 41 shops and concessions in the UK, two in the Republic of Ireland, eleven in Japan and three in Korea. Less than three years later, there were 136 outlets, including a flagship store on Piccadilly next toFortnum & Mason and four stores in China. Appearing on BBC Radio 4’s Desert Island Discs programme, she described her shops as provoking a ‘Marmite reaction’: “People either love it and want a little bit of it very much, or want to stab us.”.

The company’s profits jumped more than 60 per cent from £2.9million to £4.6million in the year to March 2009. Sales rose to £31.3m during the period, compared with £19.3m the year before, partly due to new store openings.

In 2010, Cath Kidston sold a majority stake of the company to private equity investors TA Associates, retaining a minority stake and remaining the company’s Creative Director.