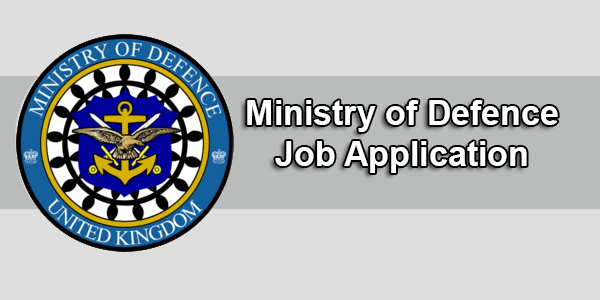 Ministry of Defence will take on employees

Minimum age to work Ministry of Defence: Age limit is 16 years or older.

Career in defence, there are 3 armed forces.

The UK reserve forces play a vital part in our nation’s defence. Find out how you can get involved and what is on offer for reserves.

All types of people are putting their spare time to better use as reserves in the armed forces. Being a reserve is as rewarding as it is challenging. You’ll train and deploy alongside regular forces, doing things you never pictured yourself doing, learning new skills and meeting people who, like you, want more from life. Read about it from others who have taken up the challenge: reserves case studies.

All the reserve forces (Royal Navy, Royal Marines, British Army and Royal Air Force) are actively recruiting: follow the links to find out what opportunities are available to you and how to join.

Are you an employer of reserves? Is one of your employees thinking of joining the reserves?

For most people, the demands of a job and family life are challenging enough. However, some have ambitions that go beyond the everyday. You may be one of them. If so, you’re exactly the kind of person they’re looking for in the Royal Naval Reserve (RNR).

There’ll be times when you need real determination and motivation to balance your home, work and Royal Naval Reserve commitments. In return, they’ll give you the opportunity to see places and do things most people only dream of, with some of the best friends you’ll ever make.

The criteria and age limit required to join the Royal Navy Reserve varies depending on the branch and role you’re applying for. Here’s an overview: